Skip to content
Home Uncategorized Who Was Andy Warhol, Really?

If you passed Andy Warhol on the street today, you’d instantly recognize him. The late artist’s white, bowl-cut wigs and extra-large specs were just as noticeable as his Pop art canvases. Yet he was a deliberately mysterious figure who rarely shared details of his personal life. “I just do art because I’m ugly and there’s nothing else for me to do,” Warhol would tell reporters. A new Netflix docuseries, The Andy Warhol Diaries (released today), aims to delve further into the influential artist’s mind.
Directed by Andrew Rossi and produced by Ryan Murphy, the new six-part series is based on the personal memoirs of Warhol that were posthumously published back in 1989. Through narration—using Warhol’s own words and voice, which was re-created with A.I. technology—the series aims to offer a better understanding of Warhol’s work and what the artist grappled with personally behind the scenes. Through the decades, especially at his height during the ’60s and ’70s, a clear theme emerges: that Warhol, a lover of all things fame and high society, used glamour in his work as a decoy.


Born in Pittsburgh to a devout Catholic mother, the new docuseries suggests that Warhol’s traditional upbringing caused him to bear a sense of shame around his queer identity. Having never had the opportunity to be a proudly out gay man, his work as an adult began reflecting the life he wanted to live. Celebrity, glitz, and excess were all things that he secretly desired for himself, as someone who often had to live in the shadows. As his artwork began to get noticed by critics and journalists, Warhol moved through New York’s upper echelon but remained in the closet. (At the time, it was still frowned upon, and often unsafe, to be LGBTQ+). “Everyone knows he’s gay, but he’s the right kind of gay—he’s not the out-in-the-streets kind of gay,” says artist Glenn Ligon in the series.
When he became famous, Warhol began using his fashion choices as a means of deflection and survival. “That idea of shame is very much part of Warhol’s personal narrative,” says Jessica Beck, curator of the Warhol Museum. “This idea of covering and transforming physically—he used it to shield himself from criticism.” Patrick Moore, the director of the Warhol Museum, adds, “For a gay guy, if you’re not going to be the stud, you might as well be the freak. Drag queens have taught us this for a long time: You’re not going to beat me up because I’m going to dress up.” He mostly wore sleek turtlenecks and sharp suits and ties, which the series alludes to as him attempting to pass for straight. But it was his cartoony wigs and glasses that served as his true armor.
The Andy Warhol Diaries. Andy Warhol in The Andy Warhol Diaries.Like the costumes he began adopting for press, Warhol’s work often stems from themes of queerness. While his more popular works focused on subverting mainstream pop culture, like his famous Campbell Soup cans, his true passion projects centered around spotlighting queer creatives in New York. You saw this in his films with the Factory or in his magazine, Interview, where he’d photograph queer activists such as Marsha P. Johnson—people who, like him, didn’t fit the mainstream mold. The docuseries claims that this was Warhol’s way of coming to terms with his own complicated identity. “Warhol could see beauty in all around him but not very much in himself,” says Moore.
At the height of Studio 54 in the 1970s, Warhol began mingling with celebrities like Liza Minnelli, Halston, and Cher. It seemed to be all a fabulous, chic time for the artist. But the iconic nightclub was a place to escape, where he could simply be himself. In a way, he loved surrounding himself with high-profile people, as they allowed him to fade into the background.
Liza Minnelli, Andy Warhol, Bianca Jagger and HalstonThe takeaway from the docuseries, then, is that Warhol was not a man so much entranced with Hollywood, fame, and fashion—he was entranced by the idea of imagining who he could be in these worlds. “Here was this man with this almost masklike face,” says artist Jamie Wyeth. “He put this thing out there so he could feverishly work behind this whole mask. It was a grand design of his. He knew exactly what he was doing.”
Rate this post
The post Who Was Andy Warhol, Really? appeared first on Kingteeshop.
Source
The post Who Was Andy Warhol, Really? appeared first on Tee Shirt Printing.
Source 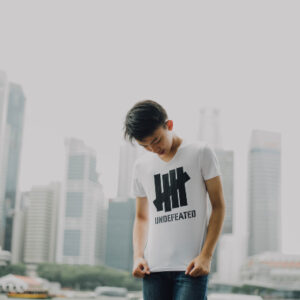 How to design a t-shirt: 6 Handy Tips from the Pros

how to design a t-shirt: 6 pro tips for creating your own t-shirt design Fancy standing out from the crowd with a truly unique t-shirt design that you have created by yourself? Want to produce customised workwear for your team or maybe you are looking to build brand awareness with a quirky t-shirt print? Whatever […]

The post How to design a t-shirt: 6 Handy Tips from the Pros appeared first on Advance Printwear.

Welcome to WordPress. This is your first post. Edit or delete it, then start writing!